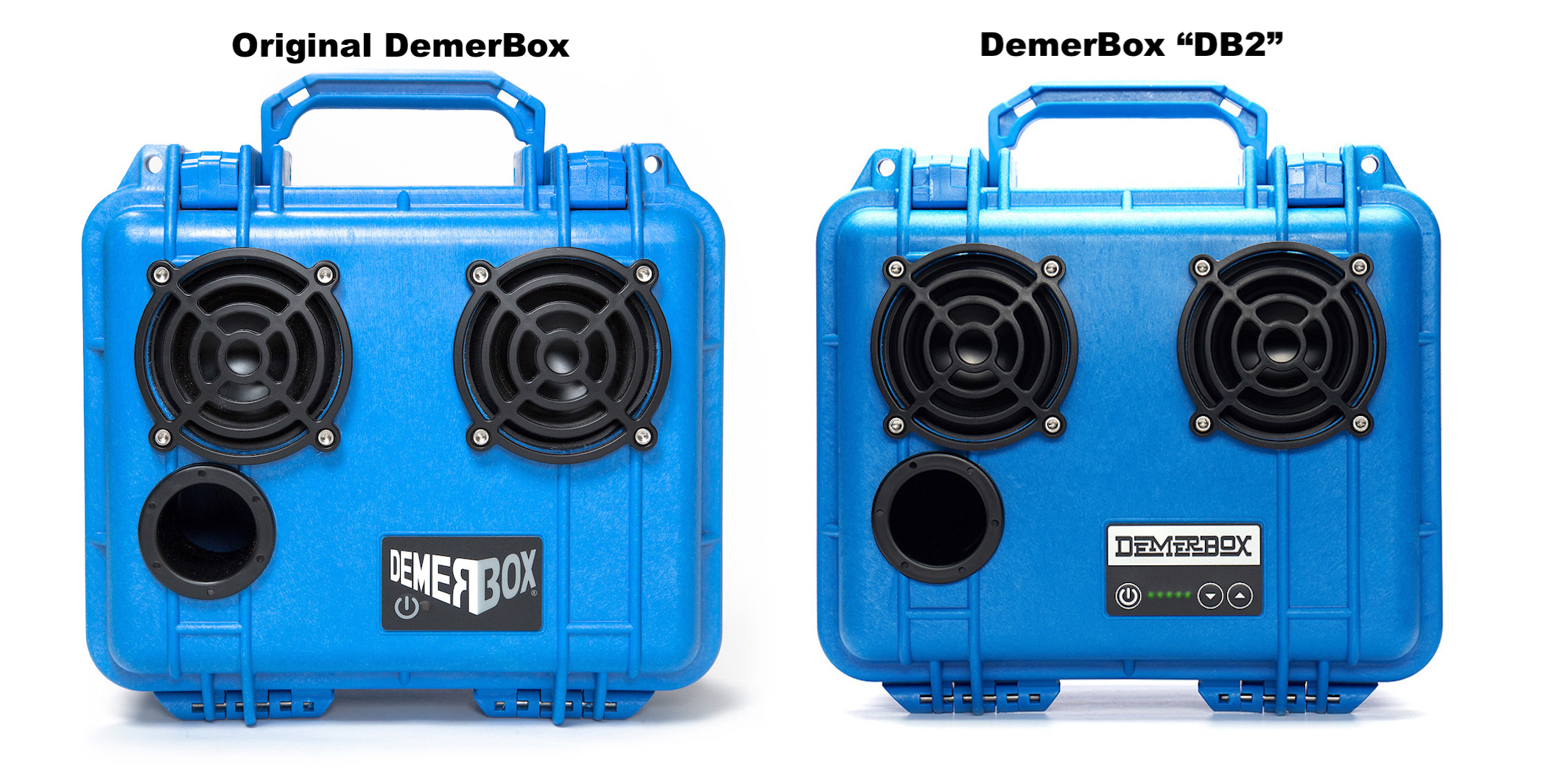 As you can see, the only way to visually distinguish which speaker you have is by looking at the power switch. The DB2 model has volume buttons and indicator lights while the original DemerBox does not.

SINGLE UNIT MODE: How to Pair Your Device via Bluetooth

Step 1: Turn on the DemerBox by pressing the power button. This makes the DemerBox "discoverable" to Bluetooth-enabled devices.

Step 3: Tap on "DemerBox" to connect.

How to Pair Your Device via Bluetooth: MULTI-CAST MODE

Step 1: Turn off all DemerBox's you wish to multi-cast.

Step 2: Choose a DemerBox to use as your "Primary" speaker. Connect it via Bluetooth using the "single unit mode" instructions above.

Step 3: After the "Primary" speaker is connected to Bluetooth, press and hold the UP volume button until you hear "Broadcast Mode Enabled." The right LED light on the keypad will begin to blink. 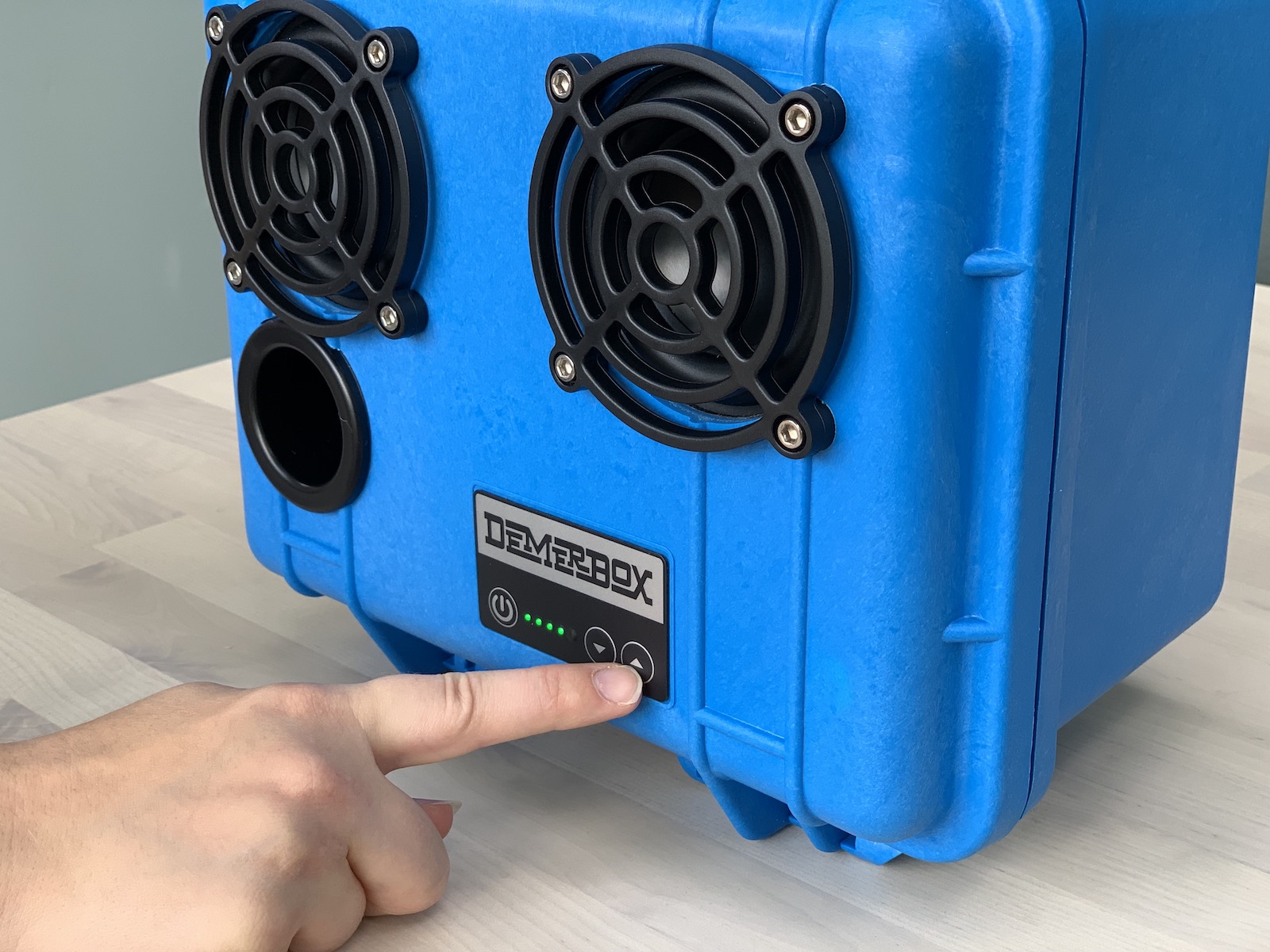 The right-most light blinking indicates that the Primary speaker is in "Broadcast Mode" and is ready to connect to another DemerBox.

Step 4: Turn on another DemerBox speaker. This unit will be a "Satellite" speaker.

Step 5: On this second speaker, press and hold the DOWN volume button until you hear "Broadcast Audio Enabled." Both speakers are now ENABLED for multi-cast mode and are ready for pairing.

Step 6: To activate multi-cast pairing, quick press both the UP and DOWN buttons on the Primary speaker at the same time. Repeat the action on the Satellite speaker. 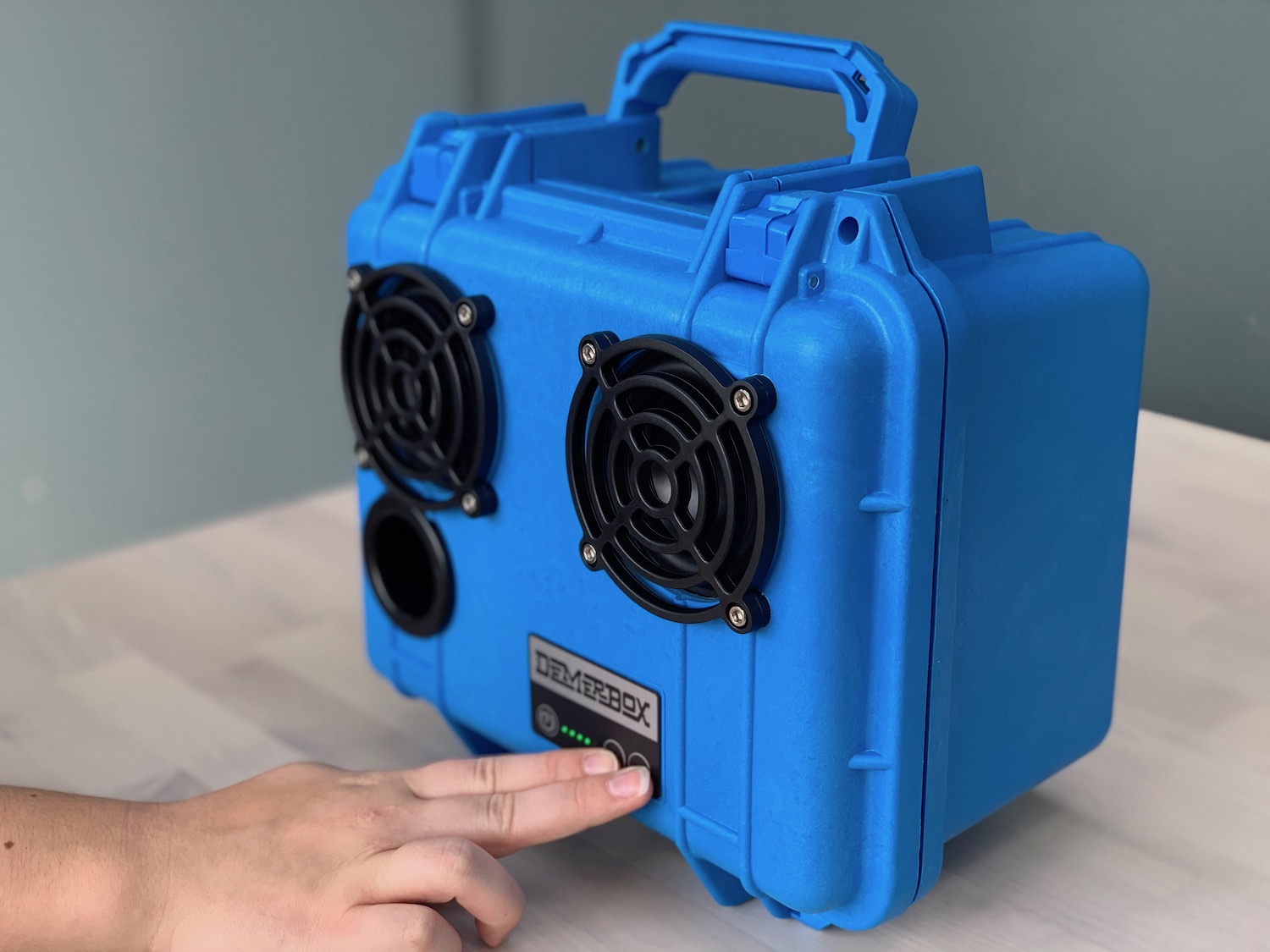